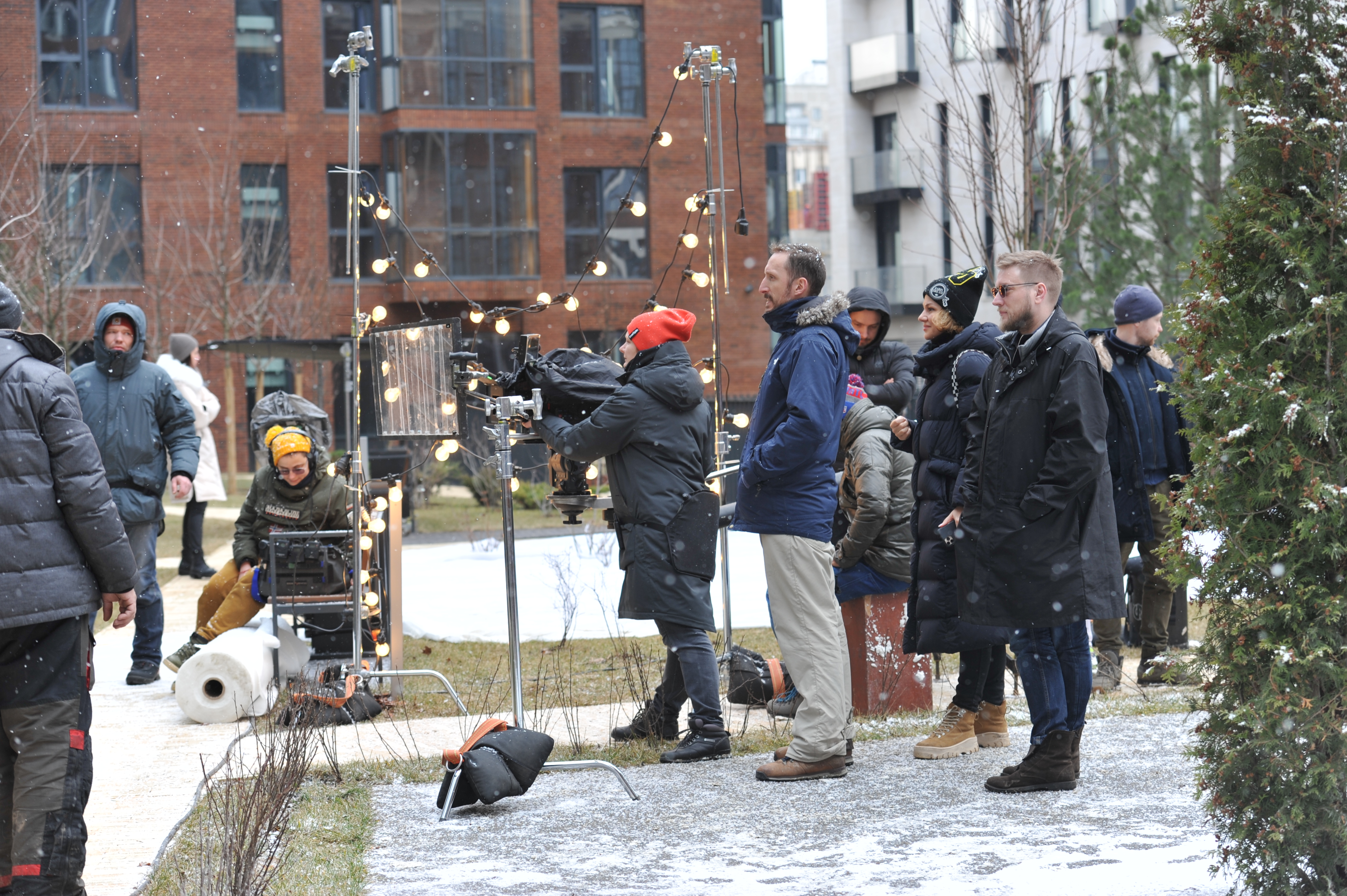 “Moscow slide” movie made with financial and organizational support of INTECO was announced the winner of the annual MosFilmFest international art film festival in the category “Best Moscow Film”.

Principal photography of the short film "Moscow slide” based on a story of a famous contemporary author Alexander Tsypkin took place at the courtyard of the legendary residential project "Garden Quarters" in Khamovniki.

The movie was directed by Radda Novikova. Leading roles were performed by Anatoly Bely, Victoria Tolstogolova, Fyodor Bondarchuk, Andrey Smolyakov, interestingly, Evgeny Semyonov, first vice-president of INTECO, played a cameo in the movie. The movie was produced by Angelica Pashkova.

The INTECO became the general partner of the film.

Within the framework of the INTECO cultural program we believe in supporting interesting and socially attractive projects. The script for "Moscow slide" was based on the idea to show beautiful architecture of the new courtyards in Moscow, which complies with our professional activities. In addition, the film tells an audience an insightful story where every one of us could be a protagonist. We are absolutely pleased to be recognized by the professional film community, we thank and congratulate creators of the movie, said Evgeny Semyonov.

The jury selected 167 films from 500 applications for participation in MosFilmFest. Experts, including directors, screenwriters, film critics and journalists assessed the script and cinematography of the movie.

Soon " Moscow slide " will be available on online platforms. Success of the movie convinced the producers to continue the project; at the moment we are working on creation of a series for the video platform.
More news on facebook
All news
More questions?
We will be happy to tell you more about our projects by telephone +7 (495) 662 80 02
or by email info@inteco.ru