INTECO presented a new project on the Denkmal-2021 trade fair 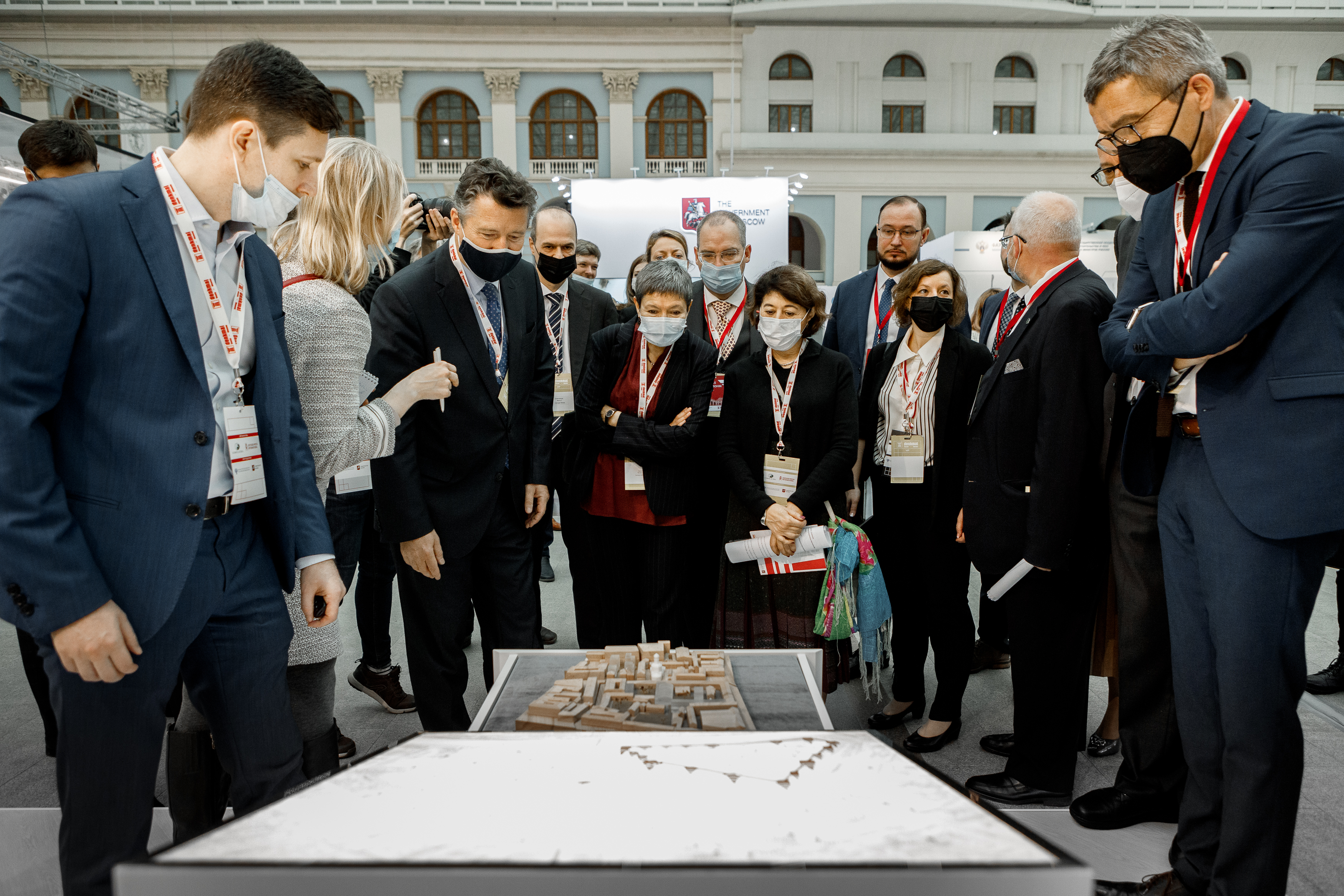 The stand, stylized as a mansion facade, was visited by German Ambassador to Russia Géza Andreas von Geyr, Ambassador of the United Mexican States to Russia Norma Berta Pensado Moreno, Leipzig Burgomaster Thomas Dinberg, the director of the Leipzig Trade Fair Markus Geisenberger, the deputy director of Cultural Heritage Department of Moscow, chief archaeologist Leonid Kondrashev. The guests appreciated the plasticity of the facade, looked upon the delicate model, which, as if from a precious jewel-case, floats out from the column with the location map. White-stoned complex Ilyinka, 3/8 consists of 7 low-rise mansions with natural stone finishing. Kleinwelt Architekten bureau proposed the architectural solution, it was the result of reflections on succession, rebirth of complicated historical structure and its intellectual saturation.

“Our club project Ilyinka, 3/8 is located right across Gostiny Dvor, in the heart of Moscow, within the boundaries of the protected area of Kremlin. There are three mansions that need careful reconstruction, so we support the Denkmal, Russia - Moscow Trade Fair, which gathered the leading representatives of the community, real professionals, that possess advanced technologies for saving cultural heritage. It is very important that developers treat the history of the city reverently, appreciate and support its architectural identity”, said Maxim Chernikov, the Ilyinka, 3/8 project leader.

Denkmal, Russia - Moscow is held biannualy, starting in 2011, and based on the experience of the Leipzig Trade Fair in the organisation of the leading European restoration trade fair. Expert roundtables, competitions for young conservators, workshops and presentations of manufacturers and suppliers are held at the platform for exchanging experience and networking.

The event is held under UNESCO patronage and with the support of the Ministry of Culture of Russia, the Government of Moscow, and the Leipzig Magistrate.

INTECO is a strategic partner of Denkmal, Russia - Moscow in 2021.

More news on facebook
All news
More questions?
We will be happy to tell you more about our projects by telephone +7 (495) 662 80 02
or by email info@inteco.ru

About us
You can find all the necessary
information about our company
at the following link
Go to the site of the facility
to get more information:
Thank you!
We will review your inquiry in the next several days.