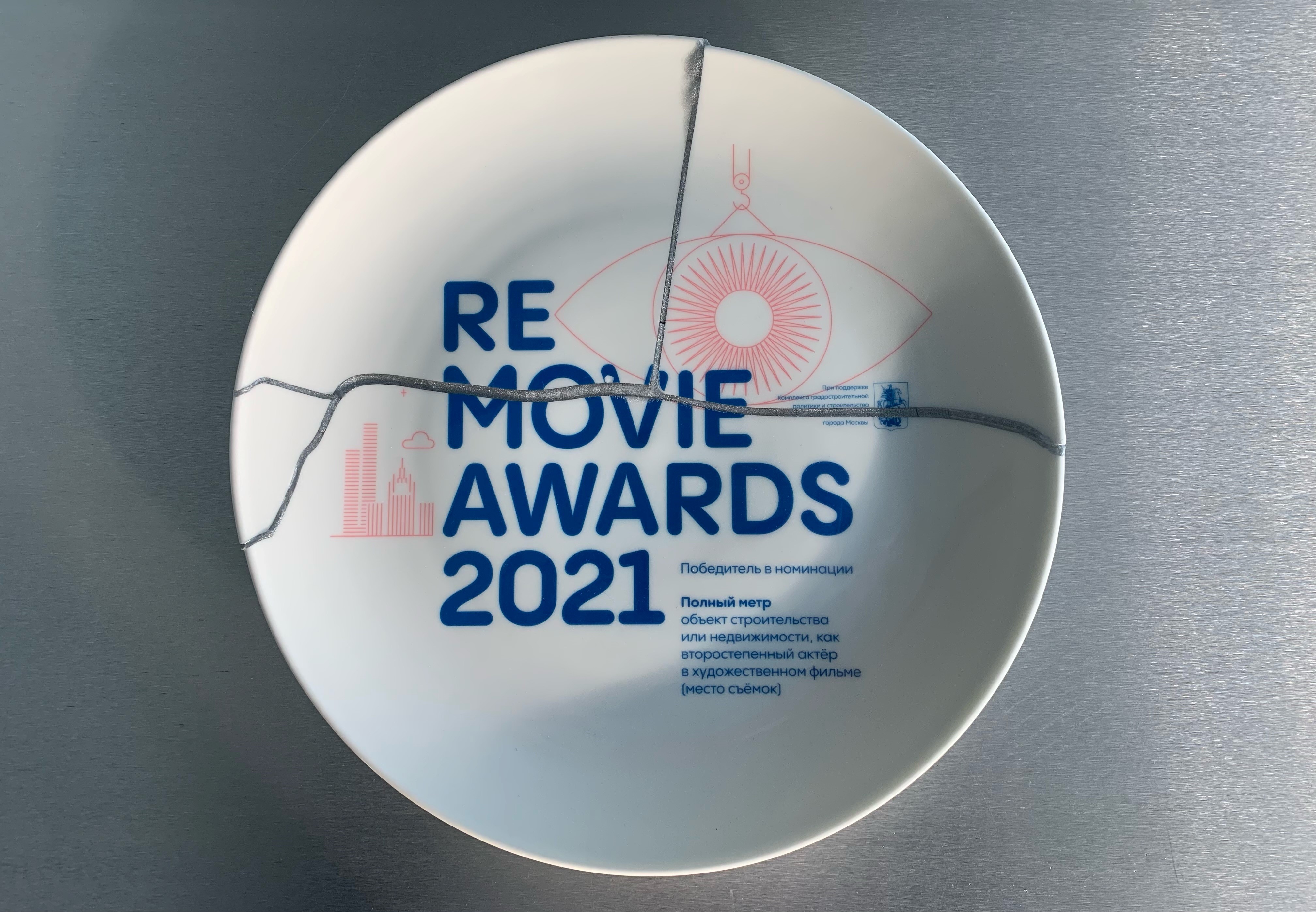 The ReMovie Awards 2021 ceremony for the first cinematography award on the construction and real estate market was held on October 27, 2021. The elite residential community Sadovye Kvartaly, that is being developed by INTECO in Khamovniki District, won the first place in the nomination "Polniy metr” (Full meter).

The first video advertising and cinematography festival in construction and real estate was held with the support of Moscow Complex of Urban Planning Policy and Construction and collected over100 participant applications. Seven real estate items at once, which acted as secondary actors in a feature film, were presented in the nomination "Full meter”.

It should be reminded that the courtyard of the Sadovye Kvartaly residential community was the shooting location of the short film "Moskovskaya gorka” based on the script by Alexander Tsypkin. The movie stars Andrey Smolyakov, Fyodor Bondarchuk, Victoria Tolstoganova, Anatoly Beliy, as well as the first INTECO vice president Evgeny Semyonov. Film director - Radda Novikova.


“The appearance of new ways to asses competencies of the key players in the field, such as ReMovie Awards, proves that Russian development began a certain expansion of its classic boundaries – now it's not just high-quality modern projects, but also a powerful platform for the development of various areas of art. It's a pleasure to know that our works in the field of cultural collaborations always receive support  – high praise from professionals points out that we're on the right track”, commented Irina Matvienko, INTECO Marketing Director and Special Projects Manager.
More news on facebook
All news
More questions?
We will be happy to tell you more about our projects by telephone +7 (495) 662 80 02
or by email info@inteco.ru
About us
You can find all the necessary
information about our company
at the following link
Go to the site of the facility
to get more information:
Thank you!
We will review your inquiry in the next several days.